Defamation lawyer asks: Do you think that Google should be responsible for defamatory results that appear on its search results? If the person who posted defamatory allegations about you on the internet cannot be traced, is it fair to allow Google to carry on pointing internet users to the defamatory web page through its search engine?

Google has been claiming in various courts (of democratic countries)  that it has no control over search results but this assertion is difficult to reconcile with its ability and willingness to omit and manipulate search results in countries such as China and Saudi Arabia.

In an interesting twist in a Court of Appeal case which concerns the former conservative council candidate Payam Tamiz, his Barrister Goldwin Busutill made this interesting observation to the court:

‘The notion that the internet runs “automatically” or “passively” is in essence a powerful myth which has been fostered very successfully and profitably by internet superpowers such as Google Inc. It suits their business model to take and to be seen to be taking a ‘‘hands off’’ approach and not really able to do anything about problems that may be generated by their internet-based operations.’

The idea that companies can rip enormous financial benefits without having to incur any risks or liabilities to the citizens of this country is foreign to the English tradition of ‘fair play’.

The same issue has recently been highlighted in the media in relation to the low level of taxes which is paid in the UK by some multinational companies (such as Google and Amazon).

There is a perception that there is something very secretive about these sorts of companies whose operation appears to be anything but transparent.

This apparent lack of transparency might provide these companies with tremendous short term gains but eventually it will come back to bite them.

Sometimes people find that images that were deleted from the internet many years ago make a sudden online reappearance.

In one instant we traced the  reappearance  of an image back to the WayBack Machine which is the largest website archive library in the world.

It is possible to search the archive for websites as they appeared at different dates over the years. This means that offensive images, defamatory web pages and other unwanted content stay on the internet, possibly forever more.

As defamation lawyers we always do our most best to ensure that the internet content that we remove from the visible web is also removed from any known internet archive libraries.

Domain name lawyer: Stop Business partner or a co-director from leaving the company and taking the domain name with them.

The domain name business is still in its infancy, and many aspects of it remain largely unregulated.
That leaves many companies exposed to the possibility that their website may be shut down as a result of theft or negligence.
This guide explains how to keep a domain name safe and never lose it, how to ensure that the domain is always renewed, and how to avoid a business partner or a co-director leaving the company and taking the domain name with them.

How to Prevent a Partner from Walking Away With Your Domain Name?

Interesting information was released at the beginning of this year by Google, in regard to the removal of defamatory or offending web pages from its products (Google Search, Blogger, You Tube and Google Earth in particular). The information is specifically focused on requests by governments and by national courts to Google to remove web pages.

It appears that following government requests and court orders from the UK, between January 2011 and June 2011, Google had removed no more than 11 items, most of which concerned defamation of character.
Other removals were affected following  applications by undisclosed  UK government agency, my wild guess is that it  was the Office of Fair Trading. Google tends to ignore requests by police to remove content and it seems consumer issues tend to get better ‘treatment’.

All in all, it seems that over a six month period, Google had only removed a worryingly low amount of content.  This is not surprising at all given my own experience in dealing with Google Inc.

This is a real challenge to any defamation lawyer and a concern to many internet users.

Did you know that even after you delete your website, it can still be accessed by anyone through the WayBack Machine?

The WayBack Machine is the largest website archive in the world. It contains over 150 billion web captures and it includes content from more than 200 million websites.

If you feel a bit nostalgic today and want to see what your website looked like 10 years ago –  WayBack Machine will take you right back there in no time.

Of course, there is a slight downside to all this. Just when you think that certain internet content has disappeared forevermore, there is a good chance it is still there, and that it can still be found and viewed by the public.

Have a safe trip.

We worked out that It might take exactly 53 seconds to destroy your business reputation.  How? Watch this short video:

Say you’ve been dragged through the mud on the internet. Your reputation is being assaulted with vicious lies, and you don’t even know who’s telling them.

The situation is urgent, but what should you do?

Many former employees who turn to the internet to air their dissatisfaction about the practices of their former company do so because they feel bitterness and outrage, not necessarily about the economic decision that made them redundant, but rather because of the handing of the redundancy by the company and the evasive manner in which the unfortunate news was communicated to them.

How to effectively communicate to employees important changes such as redundancy…

Internet Law Experts: One Very Effective Way to Deal with Defamation on a Complaint Website.

I know of only ONE very effective way to deal with defamation on a Complaint Website.

Most people believe that if you focus on removing the defamatory comments from a Complaint Site the problem will somehow get resolved.

The exact opposite is true. Very often the focus on the Complaint Site invites more defamation problems. You get a reply to your reply and other people who you never even heard of are now making further accusations about you. You don’t want that!
This is my advice and you can ignore this advice at your own peril:
Instead of focusing on the removal of the web pages that contain the defamatory comments about you, you address any issues raised in them but on your own territory.

Here is an example of what I mean:
A few years back when I was faced with almost an identical problem in retaliation to posts listed on a Complaint Site I wrote a blog post, talking about
what happens to your life when people defame you on the internet, giving my own personal story as an example setting the facts right and even taking responsibility for my own mistakes.  Read more on Internet Defamation Problems

via Internet Law Experts: One Very Effective Way to Deal with Defamation on a Complaint Website.. 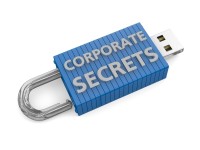 9 Steps To Avoid Defamation By Employees And Former Business Partners.

Defamation lawyer Yair Cohen says that during their employment, former employees and business partners are likely to have access to sensitive information about the company, and in some cases, evidence of minor wrongdoings by their employer or business partner. They might be in possession of vast amounts of information about you, your family, your personal life, your business practices and some of your past mistakes and errors. They may now use this information
against you.

Defamation lawyer advise on the 9 essential steps to avoid defamation by employees and by former business partners.

Step 1:
While you can’t entirely eliminate the possibility of breach of trust by
former employees or business partners, you can reduce the likelihood of
becoming a victim to online defamation. Here are some important steps
you should take as a precaution: Always remember that employees and
business partners come and go. Someday they will no longer be with your
company, but their memories of you will not end with their employment.

Step 2:
Place a high value on personal integrity and trustworthiness when
assessing a new business partner or employee. Skills may be acquired,
but integrity cannot. It is gold, and value it as such.

Step 3:
Always look for signals of disgruntlement among your employees, listen to their concerns and act to fix matters quickly.

via 9 Steps To Avoid Defamation By Employees And Former Business Partners.

Internet law and internet defamation specialist Yair Cohen former owner of Bains Cohen Solicitors (now called Pinder Reaux)  set up the first UK dedicated Internet Law department in September 2009, and in March decided to set up the first UK Internet Law specialist consultancy company, Internet Law Experts Ltd which is dedicated to successfully solving internet reputation issues and other internet law related matters within an optimised legal and technical environment. Yair Cohen, who was a commander in the Israeli army before becoming a lawyer in the UK is a great believer in strategic thinking and in forward planning. He has extensive commercial experience through his own companies as well as through his advisory role to many of his clients.